gunrunnerjohn said:
Apparently, they've already made arrangements for the continued production of the electronics.

This is good. Interesting that this is the first employee owned business coming out of MTH that we've heard about. Seems like it might be the best bet for current income, but is it the section of MTH most likely to have a future?


Bryan Moran said:
Someone commented above that Mike Wolf was retiring in his 50's. That does not seem right, surely he is older.
Click to expand...

My cousin retired before 55. I have a hard time imagining anyone making enough $ in model trains to retire early. However, if the value is there and someone has tired of the business, then there's nothing I can see standing in the way of selling off and retiring, entering a new business, starting a new career, etc in one's 50's.
B

Joined Jun 12, 2015
·
555 Posts
according to the article i posted in post 22 mike has over 14 million to play with.
even taking out expenses he has many millions.

having been at the same address for many years there can not be a very big loan outstanding.
and if he is the business man everyone on the forums make him out to be it would not surprise me that he is using that building rent free or rent reduced until june 2021.

NewTexan said:
I think we are being overly pessimistic. Lots of folks thought Apple computer would crumble after the loss of Steve Jobs. They could not have been more wrong. I believe this enterprise will continue in some fashion. There is ample time for it to be arranged.
Click to expand...

Uhh... I think this a totally different situation. Mike is shutting the doors and has already sold the building! I don't recall Jobs doing either of those things.

bigdodgetrain said:
according to the article i posted in post 22 mike has over 14 million to play with.
even taking out expenses he has many millions.

having been at the same address for many years there can not be a very big loan outstanding.
and if he is the business man everyone on the forums make him out to be it would not surprise me that he is using that building rent free or rent reduced until june 2021.
Click to expand...

How did I miss that article?
Here's a publicly accessible article that has a bit more info on the deal: 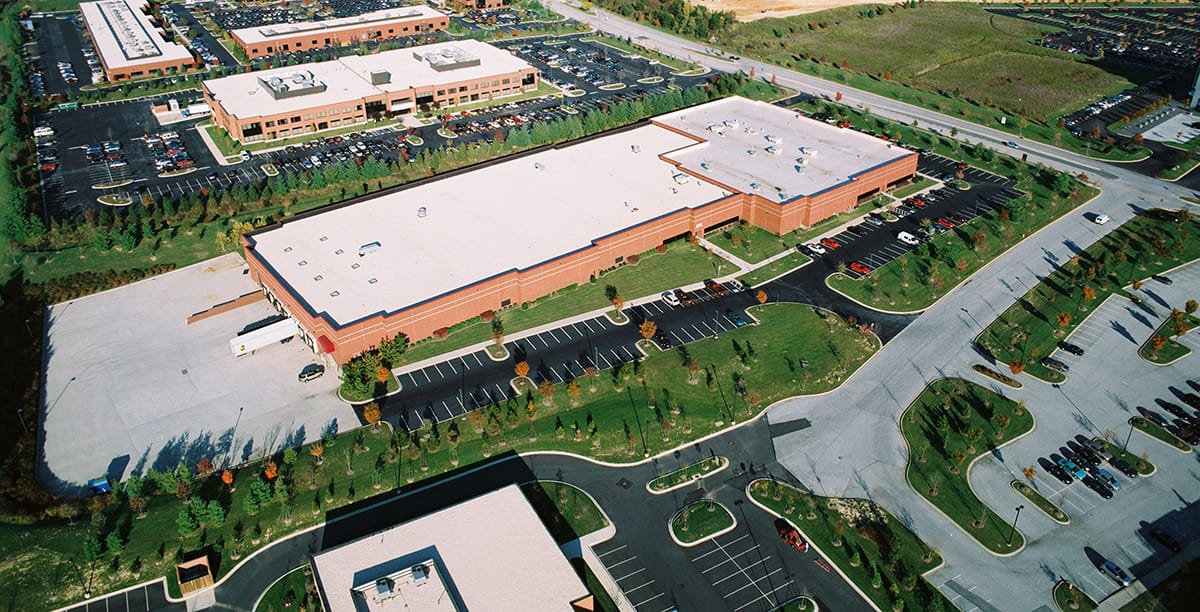 klnb.com
One interesting quote from the article
"The property had been on and off the market for years".
Has Mike been trying to get out for a while now?

Now this looks to me like a situation where a hot real estate market is the driver for retiring. If I had the chance to walk away with 10 million or so and not worry about working again, it'd be awfully tempting. Hopefully he's walked away with enough $ that he can part with the rest of the MTH assets at low enough prices (or licensing arrangements) that they will be sustainable for the eventual buyers.
S

Joined Dec 27, 2011
·
1,780 Posts
Much more pleasant read over here. Retiring at 59 is a dream. Hopefully Mike has his health, I have no reason to think he doesn't, and can enjoy kicking back with some of those little drinks with umbrellas in his hand and his feet in the sand.

One thing we'll never know is the stress related to running a company and what it can do to a person.

Joined May 13, 2016
·
1,164 Posts
From what I can tell which may be wrong is that mth is an inc and the building was owned by an LLC. So he had the building, sold that -- that's his in total less in debt on it, taxes all that. The corp has him as the majority owner one assumes, theres some investors others to pay off there.

Meanwhile going forward there's the idea they (some of them) will sell protosound4 etc...
B

Joined Jan 15, 2017
·
513 Posts
Well, I did not mean to imply in any way that Mike can't retire when he wants from this current venture. My selfish hope would be that he understands the importance of the MTH brand in the O Scale Model Train Products word. There again, I am sure he does, and he likely had to wrestle with the timing decision. When the building sold, that was it.

For someone is pretty new to the hobby like me - 8 years in as a Rail Fan and O Scale model train guy - MTH ending is a bad omen. We all believe that Lionel is puffed up, meaning they have quality issues, product offering limitations, and lack transparency. We don't know IF Lionel is solvent, at what level or anything.

From my novice standpoint compared to some of you guys that have been in the hobby for 30 + years, there are basically 4 O Scale (3 rail) model train companies. Lionel, MTH, Atlas, and Williams. We can debate if there are other smaller players but of those 4, only 2 produce catalogs that I see in my local hobby stores - MTH and Lionel.

And because of the nature of our hobby, the catalogs are Christmas day twice a year per manufacturer, right? There are not many hobbies you can say about that. I know, and I assume most of us know - what road names we favor and collect primarily. Steam. Diesel, passenger, freight.

For me as a Granger Road fan, I now am limited to taking what Lionel offers up over the next few years. Lionel has put out some of my road names stuff and I have ponied up the full retail less 10% pre order price for those items but with MTH is saw more of what I needed to fill in blanks in the collection. I could only surmise that they would have continued trickling out Rock Island, Burlington, Milwaukee Road and U.P. stuff over the next ten years.

From 2020 Catalog 1, I bit to the tune of $2900 in pre orders, for their last catalog I ordered an additional $1500. For those O Scalers considering cancelling their orders, there really isn't much reason. If MTH can't provide the item by the end, I presume they won't fill the order. That's a mutual cancellation right there.

So I apologize for my proposal that Mike seems to be retiring early. He certainly can leave anytime he wants. But this creates a seismic shift in a reduced marketplace already. It is not lf my ost on me that for many years, Lionel was "it" as far as O Scale. I am not an O Scale/Gauge historian, so I am not sure when Atlas and Williams (Bachmann) came along but I can guarantee MTH overall has done a better job of providing product to this group in the 30 years they have been a player and helped keep Lionel honest in the meantime.

The result is and has been more detail, features, reliability (overall) for us. I can't speak to their HO foray. In the beginning of my 8 years, I only knew Lionel. In the past 4 years, when I have placed the majority of my orders or LHS purchases, it has been heavily skewed toward MTH. This is like FORD going out of business and leaving GM.

Like most of us, I have enough locomotives, passenger cars, and rolling stock to run for the next 20 + years, but as a fan of my railroads, I lack many locomotives or better looking and detailed ones. I was just starting to add Milwaukee Road and Burlington Diesel locomotives after getting the passenger Diesels I needed. I can never have enough Rock Island diesels, as they switched paint schemes often. While ebay may have a few of these to offer over the next few years, bidding wars entail for them. I got in a bidding war for a rarely seen U Boat in Rock Island 3 months ago. Only one I've seen. I had to stop the insanity and so do not have it.

With MTH, over the next 10 years, I am pretty sure they would have offered it. In my opinion, Lionel will raise prices across the line with their major competitor out of the picture. Sure, it may render newcomers to the secondary market, but they will be better off. I have to believe, unless one of the minor players can purchase the tooling, and back stock and resurrect a competitive alternative to Lionel, the new product landscape will be a desert in a few years.

That's my selfish, final thoughts on this matter. Rarely am I as loyal to a brand or product as I have been to MTH and thanks to them I am well along in the model train O Scale hobby. But when the product dries up and only used products are out there in decreasingly limited amounts, we will remember this time as an unfortunate occurrence in the history of O Gauge Model Train hobby.
B

more info
"We found two companies that listed this address in corporate registration documents — Mike's Train House and David Paige. Mpw Enterprises LLC owns this real estate property. Ownership information for the parcel 503913070320 links this address to Wolf Michael P. 1997 is the year the property was built. The property is 23 years old, which is fifteen years younger than the average age of a building in Columbia of 38 years. The property features 123,043 sqft of living area. The size of the land lot is 9 sqft. The building has INDUSTRY Flex Space floor. The value of the land is most likely around $4,111,100. This address is rated #514 in the state by the number of AMS cargo manifests. This address is #32 among addresses in the city by the number of AMS cargo manifests. The house's living area is 123,043 sqft. This address is often written as 7020 Columbia Gateway Drv, Columbia, MD 21046-2119. The ZIP code for this address is 21046 and the postal code suffix is 2119."

Joined May 13, 2016
·
1,164 Posts
He lives or mostly resides in Florida. I can't recall where, near Miami area I think. I ran into it once in one of my searches. Maybe he just wants to focus on real estate in Florida or the golf course.
B

Search for Mr Michael Paul Wolf living in Columbia, MD, get started for free and find contact information, address and phone for anyone. Try SearchPeopleFREE.com Today!

Joined May 13, 2016
·
1,164 Posts
It came up in a search of the owner of the building that sold, so I assume its true. I also have seen this posted before elsewhere without getting into specifics. So both could be true.

Joined Jun 12, 2015
·
555 Posts
it looked like to me the property was owned by mpw llc and the building owned by Mike Wolf/mth, then a package deal sold everything. without going to maryland and looking at the public records it is really hard to speculate other then what is posted.

Joined Nov 10, 2010
·
43,708 Posts
And pretty pointless to speculate, we know the building has been sold, so whatever happens to the remnants of MTH will happen in a new location.
B