Haven't posted anything worthy for awhile, but hopefully this will make amends for it.

A month or two ago, I attended a sorta' local small train show, and ended up purchasing a Lionel 1615 post-war switcher, amongst a few other things. I probably paid a little more for it than I would like to have, but then again, I really haven't bought much of anything lately anyway. It'll all wash out in the end, I'm sure.

Not having a 0-4-0 switcher, I was somewhat enthralled by this one - monkey-motion valve gear, combined with good-looking mechanical condition, the slope-back tender that came with it (didn't look to necessarily be the proper era), all in an average price offer, finally twisted my arm to purchase it and bring it home. Really didn't even know quite what year(s) it would have been offered. Originally guessing maybe late 40's/early 50's, research after I got home showed a 1615 to be a 1955~1957 product. However, with some further research, I'm beginning to think I brought home a Frankenstein's monster. I'm not so sure what I bought isn't a conglomeration of parts from 1615/1656/1662/1665 (and maybe more?) postwar AND prewar loco's! Research also showed me I was probably correct on my hunch that the tender wasn't original for this unit. The tender that came with mine had arch-bar plastic trucks with a non-operating coupler on the rear. The original tender should have had at least postwar staple-end or bar-end trucks along with an operating coupler.

Oh well, regardless, it is a pretty cool little loco. A disassembly and good cleaning showed that, with the exception of the headlight wiring, it had all original cloth-covered wiring, in very good condition. The headlight wire having more modern looking plastic insulation, perhaps it has been replaced at some point in its life?

After cleaning and re-lubing everything, the loco runs pretty dang'd good. I also decided to do a little modeling to help improve the looks of the unit. One thing, research says that I should have some jewel marker lights up front. My loco has none. Perhaps one got broken off at some point in the past, and a previous owner simply removed the other to match? Just guessing, but the fact remains, mine has no marker lights at all on the smoke box.

The stamped steel pilot was mildly bent out of shape when purchased it, I straightened it out after bringing it home. The wire grab rail was also bent out of shape, I removed it and straightened it up. New cotter pins secured it back to the boiler. I polished up the valve gear while I had it apart, and while not really apparent in the pic, I installed some glazing in the front half of the cab windows.

This one I had a little more fun with. Some previous owner had installed a nice-sized metal weight inside the tender (They're far too light to begin with). I went a little further with detailing. I razor-sawed out the molded-in plastic coal load, built a shallow styrene box out of black styrene sheet, and glued in activated aquarium filter charcoal to represent a better looking coal load. I fabricated a handrail and installed along the steps, and cut out a round aluminum "light lens" from self-adhesive aluminum duct tape, just for better looks than a black plastic blob on the sloped back. Someday I will replace the tender trucks with something that offers an operating coupler. As soon as something becomes available in my never-ending parts scrounging quest, of course.

The little booger runs pretty good, and believe it or not, pulls pretty good to boot. As a matter of fact, it pulls a 14-car freight every bit as good as the Lionel postwar 2055 4-6-4 Hudson-type loco that I normally have pulling this train! That's kind of impressive, as far as I'm concerned!

Well, that's my ramblings for now. Hope you have enjoyed my 0-4-0 postwar story.
S

Identification details about the Lionel Trains 1615 Switcher Type Locomotive that Lionel made during the Post-war period.
www.tandem-associates.com
More info for your quest. Most had no jewel markers. None on mine if I remember corectly.

Joined Nov 5, 2015
·
4,063 Posts
They may not have had jewels but they should have housings. Pretty common for the housings to be broken off. Replacement housings used to be offered. They have to be epoxied on. I had to replace one on my 1656.

Joined Dec 20, 2012
·
7,208 Posts
Just curious, what does the draw bar look like on yours? I kinda remember it was reinforced with copper to make the ground conection through the tender and was overly wide?

sjm9911 said:
Just curious, what does the draw bar look like on yours? I kinda remember it was reinforced with copper to make the ground conection through the tender and was overly wide?
Click to expand...

I have a "Greenberg's Repair and Operating Manual". My drawbar looks identical to the illustration in the 1615 section, except I don't have the grounding spring, part #1615-20.

Hence, my somewhat confusion in figuring out just what it is in what I REALLY got.
S

Joined Dec 20, 2012
·
7,208 Posts
Yea its got the extra copper or brass wrapping in the pictures to ground it to the tender. Mine didn't have the tender. And caused me problems if I remember corectly. As the draw bar didnt fit in other tenders, I think I ground it down to fit and made something that worked. Not sure. They are fun, and cool. Plus they are diffrent.

Joined Aug 31, 2019
·
628 Posts
Well, looking at the picture a little better (LIONEL TRAINS 1615 LOCOMOTIVE), maybe the valve gear IS there. It just isn't readily apparent in their picture.

bobfett said:
Mine has housings for the marker lights but no jewels.
Bob
Click to expand...

I found some suitable jewels in the "Bead" section at my local Hobby Lobby. Maybe not necessarily perfect replacements, but more than suitable enough to work and look as good as the originals.

Mixed Freight said:
I found some suitable jewels in the "Bead" section at my local Hobby Lobby. Maybe not necessarily perfect replacements, but more than suitable enough to work and look as good as the originals.
Click to expand...

Great. My first thought was Dollar Tree. They have small jewels (glass beads) both in the crafts section and some that could be reclaimed from ornaments.

Millstonemike said:
Great. My first thought was Dollar Tree. They have small jewels (glass beads) both in the crafts section and some that could be reclaimed from ornaments.
Click to expand...

Never thought of the Dollar Tree, I'll have to check my stores out as well.
Forgot to mention, but although my 1615 doesn't have marker housings, my other steamers do. And I've already utilized some Hobby Lobby jewels on a few of them.

Joined Nov 5, 2015
·
4,063 Posts
All of the craft stores like Michaels have these jewels as well as Amazon for pennies apiece.
Search on nail rhinestones. One example. 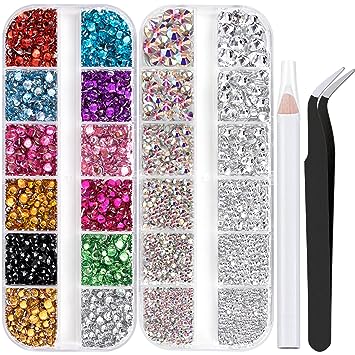 I have started using them on marker lights that came without lenses.

Joined Dec 19, 2016
·
77 Posts
And the dimensions are practically scale per the Baldwin A5S locomotive at the PA railroad musuem.

The dimensions for the 0-4-0 #94 that you requested are as follows:

Built to move railroad cars around, often assembling and disassembling trains, a switcher locomotive needed to be powerful, nimble, and compact. One of the heaviest 0-4-0’s ever built, No. 94 was capable of getting even hefty cars moving quickly – the result of the efficient 0-4-0 wheel arrangement that put all of the switcher’s weight on its drive wheels.

The tender paired here with No. 94 features the distinctive “slope-back” design, which allows for better visibility of the rear.

Fun Fact: Switchers have been described as the railroad version of the tugboat.