Frisco Firefly said:
What is next on the agenda to eliminate ? George Washington and Thomas Jefferson ??
Click to expand...

Who would eliminate George Washington's name or statue, the father of our nation by freeing it from English tyranny to become a Democracy in 1776 !!?

telltale said:
Who would eliminate George Washington's name or statue, the father of our nation by freeing it from English tyranny to become a Democracy in 1776 !!?
Click to expand...

George had a bunch of slaves you know, these protesters will eventually move on to him.
He had 317 while President.
They are going to run out of things to destroy soon.

Downfall of Civilizations in Eight Stages

I believe it has been agreed upon that we are currently in stage seven.
Click to expand...

Big Ed said:
They are going to run out of things to destroy soon.
Click to expand...

They're still looking for you and me, and other upstanding citizens like us! 😰

We'll never rid the world of idiots, the clueless, and the purely stupid.
G

ERIE610 said:
I was just wondering what everyone's thoughts were concerning events that have been happening lately in our nation. I have listed a few below. Let us keep it clean and not inflammatory.

I am sure there may be other topics. But what ever Topic is discussed please keep replies civil.
Click to expand...

A. Confederate Flag
B. Statues being torn down.
C. Name changing. Streets, Musical Groups, Military Bases etc.
I'm fine with them all going away. The civil war is incredibly well-documented. That knowledge will survive completely intact without glorifying traitors and defenders of slavery with flags, statues, streets, and honorifics. Removing such things does not erase the past, it just ceases giving specific elements of that past a place of honor.

There is however, a deep conversation that needs to be had about what we do with the era before the confederacy. How do we deal with the fact that many of our founding fathers were slaveholders and built the foundation of our country on an imperfect foundation? I certainly don't have all the answers but I'm entirely comfortable with ceasing the public veneration of the Confederacy through mythology, statues, symbols, flags, etc.

D. Rioting vs Protesting
A tough one. I've been living through this here in inner city Chicago. I was discussing this with a friend of mine and encouraged him to realize that like most other movements, this current one has:
-Majority of Peaceful protesters. May or may not involve civil diobedience (staying past curfew, refusing to move, occupying spaces or buildings, etc) but most protestors and protest events are non-violent. There's alot of these events that you could bring your kids too. I certainly would have if not for Covid.
-Agressive protestors and rioters. This minority of protestors are willing to destroy property and they get much of the press. Some are peaceful protestors provoked, some are folks that generally lean the same way as the peaceful protests but are using a protest for their own extreme ends. An even smaller minority may even be from groups directly opposed to the peaceful protestors aims and looking to discredit them.
-Looters. Organized criminals I have no time for. Ordinary citizens lashing out in rage I have compassion for, but like the organized criminals they should still be arrested and held responsible for their actions.

E. Govt. Officials & their performance levels. Or lack thereof.
There are politicians I like, and those I don't. Some who are effective and some who aren't. We seem to be at an impasse in politics where each side is moving further from the center, neither side wants to work with the other and as a result more and more folks don't have faith that their government can govern effectively.

As for solutions, I think open primaries with ranked choice voting, doing away with gerrymandering and campaign finance reform are proven strategies that have worked elsewhere. Their implementation in most places in the USA is unlikely and wouldn't solve everything, but they would put alot more control in the hands of ordinary citizens. I'd definitely like to see more politicians represent the more moderate majority of their districts rather than the activist fringes of their respective parties that they have to pander to in order to win a primary.

Joined Nov 10, 2010
·
43,710 Posts
Let's crank back the political discussion, they always seem to end up only one way. There are plenty of on-line venues where you can argue politics to your heart's content, this just isn't one of them.
F

gunrunnerjohn said:
Let's crank back the political discussion, they always seem to end up only one way. There are plenty of on-line venues where you can argue politics to your heart's content, this just isn't one of them.
Click to expand...

Thank you, John, for letting this go on as it has. There have been many interesting comments and I appreciate getting to read them.

Fire21 said:
They're still looking for you and me, and other upstanding citizens like us! 😰
Click to expand...

And by the looks of it there are not many left.
R

Joined 9 mo ago
·
407 Posts
As a newly minted sailor I was ordered to Pensacola in the mid 1950's. Wife and I found a duplex apartment in the depths of the inner city. It was located on West Liberty street formally Zaragossa street. Lived there for about 6 months and had no problems. Later in life we moved to an upscale community where our VW Sirocco was broken into and the entertainment system stolen.

Gramps said:
It's stereotyping, if your white and they made a statue of you, you must have been a slaveholder.
Click to expand...

Sad, but so true!

Sent from my SM-G960U using Tapatalk
Click to expand...

Its starting to seem less and less about racism and more about hate towards white people.The idiots just defaced the statue of someone who was against slavery way before it ended, how is that even relevant to their cause?
F

telltale said:
Who would eliminate George Washington's name or statue, the father of our nation by freeing it from English tyranny to become a Democracy in 1776 !!?
Click to expand... 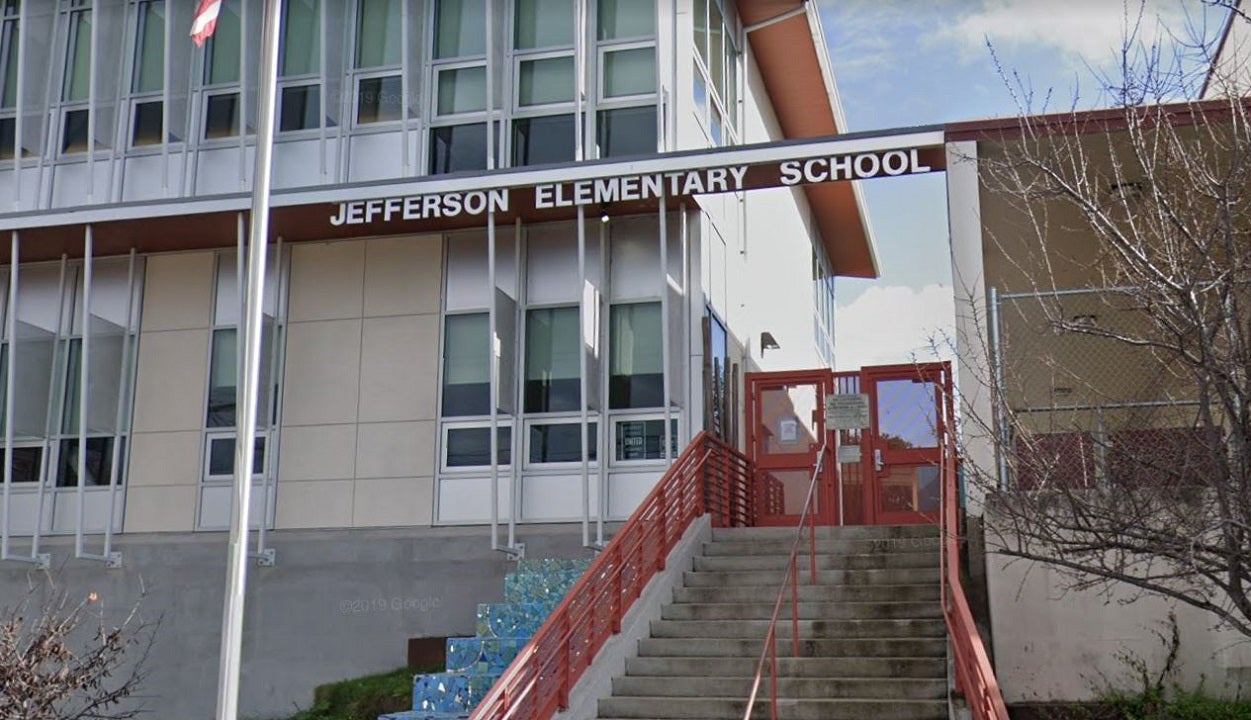 Two San Francisco-area elementary schools named after a pair of founding fathers who owned slaves will get new names after a school board approved a Black Lives Matter resolution last week, according to a report.

The USRA Guy said:
Its starting to seem less and less about racism and more about hate towards white people...
Click to expand...

Seriously I think it's ok overall. But you know I also don't really think we can right every wrong of history by changing schools names and ripping down statues. Having said that, maybe just move some statues to museums. The reality is we are a nation that was settled by Europeans who never had a real respect for indigenous cultures or africans. They were happy to exploit them to their own ends. And as americans we inherited that from them. Yet what to do. We can't undo the collision of history really. On the other hand, we can move forward too.

I expect we'll muddle our way forward somehow with our usual bashing and crashing. My worries are limited at best. I've got the Who in my head.